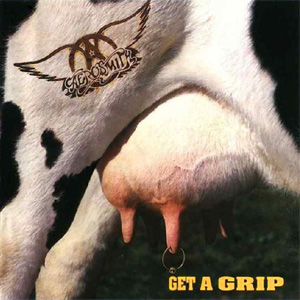 …And here’s where the going gets tough.  I realize that a lot of people love this album, even though I’m personally not one of them.  According to that bastion of fact-checked knowledge Wikipedia, seven million people loved this album enough to bring one home.  Let that sink in for a minute, particularly if you’re a bit younger than I am: seven million people bought an album.  Sounds weird, I know, in this age of iTunes and digital piracy, but you can practically hear the managers and the bean-counters singing along with the Bunkers from here: “those were the days”.  Personally, I’m not so sure: yes, I miss the social aspect of old-school record shopping.  On the other hand, I never set foot in a record store as well stocked as Demonoid…but that’s a debate for a different post.

So long as we’ve got the Wayback machine fired up, there’s another concept I’d like to introduce to you digital-age young’uns: CD bloat.  The story goes something like this: CDs were still a relatively novel technology back in the early ‘90s.  While they’d been around since the mid ‘80s, both the discs and the players truly reached the point of affordability that enables massive mainstream adoption around the turn of the ‘90s.  One thing that CDs did that their predecessors did not was tell you the total running time of a disc upon insertion.  From there, the perception came about that longer discs were a better value for one’s hard-earned discretionary income, and album running times began to head northward.  For me, from an artistic standpoint, this was total hogwash: I’d consider a 30-45 minute disc packed with A-list material a better buy than a 60-70 minute endurance test any day.  I wasn’t alone in this thinking, and somewhere along the way someone coined the term “CD bloat” to describe it.  Get a Grip exemplifies it.

We’ll start with the obvious: the trio of “Crazy”, “Cryin’”, and “Amazing”.  The rather glaring similarities between these three have been pointed out a million times before I got here, so I’ll just +1 the idea while acknowledging that all three were fairly massive hits for the band and, as such, a good number of folks probably love ‘em all.  Which is fine: trust me, I’m never looking to tell someone with the generally good taste to like a great band that their idea of a good time is wrong.  If like me, however, you find the sludgy tempos and predictable blues chord changes of the three fairly tedious, the math adds up quickly: the combined 16:21 run-time of the terrible threesome in and of itself is probably enough to make Get a Grip an album that doesn’t come off the shelf very often.   (In the interest of fairness, if I were editing the album down and had to keep one of the three, “Amazing” would be it.  It feels a bit more Aerosmith-y to me than the other two, if you get what I mean.)

Well, that’s one quarter of the album down right there.  The other hit single was “Livin’ on the Edge”, a song I liked just fine the first nine million times I heard it.  Overplay, overkill, over it.  The rest of the album is largely middling rockers, ranging from not bad (“Eat the Rich”, title track, “Gotta Love It”, “Line Up”) to not so great (“Flesh”, “Shut Up and Dance”) to would-be-great-if-Joe-goddamned-Perry-didn’t-sing-it (“Walk on Down”).  Above all the rest is “Fever”, the album’s one brush with true Aero-genius.  It’s the one song that doesn’t fit with the rest, the one rocker that feels like it could actually do some damage.

It’s also the one song on Get a Grip that would have also felt at home on Pump, and that thought leads me to the main thing that has always perplexed me about this album: why does it sound and feel so dissimilar to its wildly successful predecessor?  Pump – which also sold seven million copies, for reference’s sake – proved that Aerosmith could satisfy its newfound pop audience without totally neutering themselves.  Sure, compared to Rocks, Pump is a pop album.  But compared to the other pop albums of its era, it is a rock album and then some.  It also has bite and swagger to spare, cleverness and sex in spades.  Get a Grip has nearly none of that: it is an album whose every moment has been song-doctored and power-sanded into polite submission.  Your mom would like it, and let’s face it: an Aerosmith album that your mom wouldn’t object to at least something on isn’t a very good Aerosmith album, now is it?

No, I don’t think it is: at the end of the day, Pump’s ten great songs in 47 minutes always wins for me when I’m looking for later-career Aerosmith.  Even the good songs here just aren’t as good as they were last time around – or, happily, as they’d surprisingly be the next time around.
Posted by Will at 6:02 PM