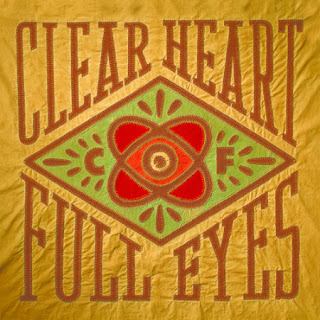 When I saw that The Hold Steady's front man had a solo album coming out, two questions immediately sprang to mind for me: why would someone whose vision seemingly so dominates his band need to make a solo record and will it be better than The Hold Steady's disappointing last album?  The short answers, respectively are as follows: because the music is much different than anything The Hold Steady would do, even if the lyrics are pretty much the same as ever and yes, thankfully.

Let's expand on those two answers a bit.  If you've ever heard anything Finn has been responsible for, be it The Hold Steady, Lifter Puller, or this solo album, then you're likely already aware that he's an extremely able, clever wordsmith with a frustratingly limited topical scope.  As ever, these eleven songs can be reduced to their thematic lowest common denominators of drinking/drugs/parties, the poor choices one makes as a result of drinking/drugs/parties, and religion.  As with the last two Hold Steady albums, I'll take this moment to register my running complaint: it would be refreshing to hear someone as gifted with words as Finn challenge himself to write about something different.  After all these years and albums, he's edging ever closer to shticky self-parody, and the brutally honest side of my brain knows that I may well have only included the "edging ever closer" qualifier to that sentence because I am a fan.

So the lyrics are what they are, and are what they will likely always remain, and who needs 'em?  The music is Clear Heart Full Eyes' giant pleasant surprise, setting Finn's ever-improving speak-singing to a quiet, gentile, '70s inspired restrained-rock gait that sounds like a potential mismatch on paper but plays out wonderfully on record.  Where The Hold Steady posits Finn as a sort of post-punk Springsteen, here he reinvents himself as a sort of indie-rock Steve Miller, whose drug-addled protagonists take the money and run, ambling off into the earth-toned sunset of 1976 with Jesus as their co-pilot or maybe not.  Finn's backing band understand this music perfectly, injecting it with enough rambling grace to make the record warm and welcoming, but never generating so much heat as to upstage their star narrator.  I can imagine totally zoning out to this record come the summer, sitting on a lawn chair at a beach somewhere, cooler by my side, losing myself in the narrative no matter how silly and clichéd it might actually be.  This is a remarkably consistent record; Finn clearly had a sound and vibe in mind for it, which he and his band find within the first minute or so and never lose sight of.  If some of it begins to feel a bit samey by record's end, well, it also has no bad songs to speak of - and that's something that can't be said for either of the last two Hold Steady albums.  (Two?  Yup; while I adore Stay Positive as a whole, "One for the Cutters" is a terrible song.)

In many ways, Clear Heart Full Eyes is the polar opposite of Heaven is Whenever, The Hold Steady's last-and-least album.  Where that album attempted to disguise its diminished songwriting quality in a haze of spit-shiny production, this one makes both a virtue and a selling point of its casual, off-the-cuff feel.  It's a record of quiet confidence, and I hope that it leads Finn to return to his main band with its success under his arm, and from there that they might find a way to plug the hole in the shape of departed keyboardist Franz Nicolay in their sound and come up with something once again on the quality level of their first four LPs.  Not something that sounds exactly like them - they've already been there and done that, after all - but something as artistically exciting as them.  In the meantime, Clear Heart Full Eyes is a big step in the right direction.
Posted by Will at 4:27 PM