For a band who's been kicking around as long as Cheap Trick have, they have an absolute minimum of solo albums and side projects.  I've seen speculation in other writing that this may have something to do with the band's longevity.  Who knows, really: in all honesty, it's a question that only the four band members themselves could really answer.  On the other hand, it does make the job of a reviewer like me a bit easier: by way of comparison, could you imagine slogging your way through all those Beatles or Rolling Stones solos and offshoots?  The mind reels.

Here, then, are the six Cheap Trick solos and side projects.  Feel free to leave a comment if you feel like I'm missing something, but I think this about covers it.  If who's involved isn't immediately obvious from the record's artist credit, I've indicated it in brackets after the album title, [like this]. 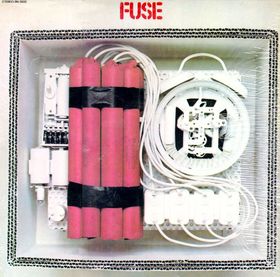 Fuse, Fuse [Rick Nielsen, Tom Petersson] (Epic, 1969)
Famous mainly for having a back cover that features a photo of Rick Nielsen without a baseball cap, this garagey tribute to early Deep Purple doesn't really do much to encourage repeat listens.  Maybe the problem is the fact that Capless Rick mostly plays keyboards not guitar, or maybe it's the fact that Petersson hasn't yet added the second "s" to his surname, or maybe it's the awful singer.  Whatever the cause, there is simply no way this would be remembered at all, even by the parents of those involved, had two of the band members not later become famous.  Sez Rick: "The guys we were with were all rinky dinks; they’re probably pumping gas now."  That about sums it up.   Issued on CD in 2001 with two extra tracks from a pre-LP single; I'll let you judge whether or not that constitutes a bonus.
Tom Petersson, Tom Peterson and Another Language (Enigma, 1984)
Anybody reasonably familiar with the Dream Police album would probably have the same reaction upon learning that Peterson (apparently, he saves the extra "s" for Cheap Trick alone) released a solo EP during his time away from the band: "His slight, nasal voice is charming enough  on 'I Know What I Want' but really, an entire half-album of it?"  Joke's on you, Chief: two songs of hearing his then-wife Dagmar sing and you'll be swearing that Tom's slight, nasal voice is right up there with Zander himself.  The songs themselves are alright new-wave pop: nothing special, but hardly abysmal.  But Dagmar...wow.  Ever wondered why there was no German Blondie?  Here's an excruciating, twenty-five minute answer to that quandary for you. 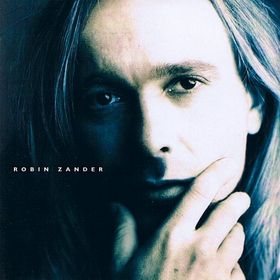 Robin Zander, Robin Zander (Interscope, 1993)
It could use more of a unified songwriting presence, but Zander's solo debut offers proof positive to anyone who might need it as to the versatility of his voice.  Leaving the harder-rocking sides of his musical personality to his day gig is a smart idea: the assembled session players here, many of them big names, wouldn't make nearly as great a loud rock band as Cheap Trick, but they do make a fine pop ensemble.  When the material is top-shelf, this does what a good solo album should do: give us a glimpse at a different set of a musician's talents and tastes. 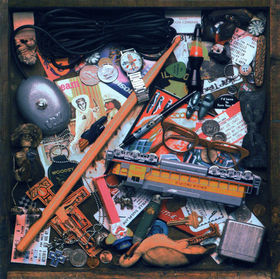 Swag, Catch-All [Tom Petersson] (Pug/Yep Roc, 2001)
Winning, only slightly twangy power-pop featuring Petersson on bass (maybe it's that he only uses the two "s"'s in his name when involved in something that doesn't suck) and various members of the Mavericks, amongst others.  Sounds exactly like the pedigree would lead you to imagine.  High-quality, enjoyable stuff; especially recommended to power-pop heads, even if it does get a bit same-y by disc's end. 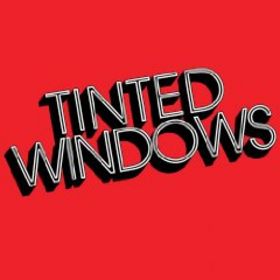 Tinted Windows, Tinted Windows [Bun E. Carlos] (S-Curve, 2009)
Talk about your pleasant surprises: this is hands-down my favorite Cheap Trick offshoot.  If, before its release, you'd told me that I'd think so highly of an album featuring that kid from Hanson on vocals, I'd have gladly informed you of your mental deficiency, but hearing is believing.  This half-retro, half-modern hard rock record, also featuring ex-Smashing Pumpkins guitarist James Iha and Fountains of Wayne's Adam Schlesinger on bass, is a through-and-through delight: windows-down on the highway loud rock of the finest caliber.  Much of that has to do with Taylor Hanson, actually: all growed up now, the kid's got an absolutely fantastic voice for this sort of thing.  Fantastic enough, in fact, that I always tell myself that I'm going to download one of Hanson's big-boy albums and give it a spin when I'm listening to Tinted Windows...and always chicken out just before pulling the trigger on downloading a Hanson album, if you know what I mean.  This is not fair, of course, but neither is life.  Tinted Windows on the other hand is more than fair: it's a guaranteed smile in thirty-five minutes' time.  What more could you want from your entertainment dollar? 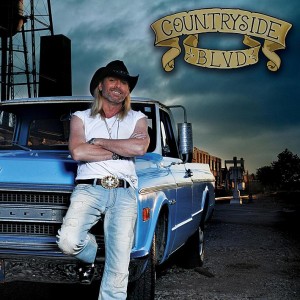 Robin Zander, Countryside Blvd. (Big3, 2011, sorta)
The magical disappearing solo album.  Discussed at length here and here (although the "purchase" link in the latter one is long dead); six months later, I feel the same way about  it.

Next week: Compilations - why, dear god, must they all suck in some way?
Posted by Will at 8:46 PM