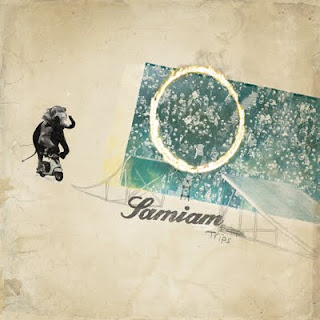 ...right here, thanks to the good folks at Alternative Press (or "ALTPRESS", as they now seem to be stylizing themselves.)  Really solid on first listen; it's too new for me to know where it places in relative quality to the rest of their catalog, but I can already assure you that it's a damn throw better than 2006's well-intentioned but ultimately not-quite-there Whatever's Got You Down.  I'll do a full review once it's sunk in a bit, and once I've had a chance to digest it in a bit higher audio quality.

Never heard of a Samiam outside of Dr. Seuss?  One of the best post-punk bands of the '90s, the kind of band who would have probably been labeled "somewhat emo" then (i.e., their songs were more slice-of-life than politically motivated), but have nothing at all to do with what "emo" has come to mean in today's pop climate.  Their arguable peak came with 1997's You Are Freaking Me Out (currently out of print, but set for reissue on No Idea in the near future), an album that sounds as powerful and vital today as it did then.  If post-Hüsker Dü/Replacements kinda stuff with great vocals floats your boat, Samiam are a band well worth getting to know.